“Das Wahre ist das Ganze” is one of the basic Hegel’s postulates. In his opinion, truth is a whole, a unity. If something is a whole, then it is without deficit, hence it does not yearn for anything. It is calm in its narcissism, it does not lust for others, does not step forward towards them.

It strives towards status quo, not changing/vicissitude. It closes up. Keeps firmly to certainty, to what is predictable. Classifies, defines, identifies. Then it can manipulate, determines, restricts, locks up, forbids. Maintains its confined small world, no matters for the victims. Body matrixes are one of its main tools. It forms them according to the principle of syllogism of logic. Matrix of a “male” body should have a certain proportion of height and weight, muscular mass, intellectual capabilities, sexual characteristics and fertility potential, body speed and dexterity, thereby functional senses and motions. If subject X is of a male gender, then consequently it must have named characteristics. Otherwise, it is pronounced as a nonfunctional subject and puts in some of “inadequate” categories. Body matrix of a person with invalidity “means deficit of certain functions”, hence those functions are denied in advance to the subject X. What the entity cannot tolerate is just that idea of “deficit” with the persons with invalidity. It reminds on its own deficit, which the entity would like to abolish with the idea of wholeness, hence it cancels various possibilities to a person with invalidity. That way it closes a circle in which deficit (in its matrix) does not exist. However, there is no life too. It is lost in an idea of entity, in that “Ganze”. 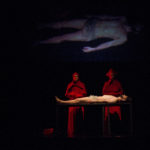 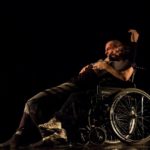 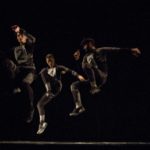 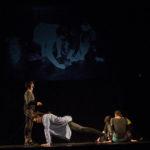