If we start with the premise that could be find in theories of gender (Butler, 1988), that the gender represents a sequence of instructions that we follow, that we are bind to them, experience them as our own directions, and, hence, constantly rehearse them, then it is sensible that gender happens, takes place at the stage.

Transvestitism, as a practice of clothing and behaving, always had that performing character, and, with its failure to fit in into dichotomy of gender categories, subversive potential as well. It is used by many, but, it is particularly interesting that exponents of bourgeois liberation movement in Vales from 1839 till 1843 protesting against bad work conditions, dressed “female” clothes calling themselves Rebeca and her daughters. The play just points out rebellious character of transvestitism, however, putting the phenomenon of changing into political and partisan context. Whereas transvestitism is observed as subversive, political changing (political vestitism) is identified as a practice which function is to stop any change. 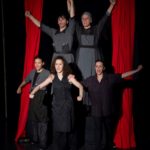 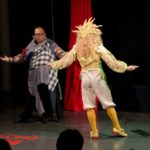 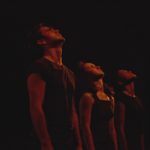 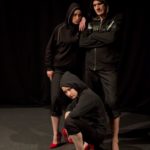 The play is a hybrid of drama, dance, physical, documentary theater and in certain parts enable interaction with the audience. The show tends to be locally contextualized (it will always be adapted to what is actual in particular social environment in the political sense).